THE SCENE: Felt a little hot, but nice overall.
F3 WELCOME & DISCLAIMER
WARM-O-RAMA:
SSHs x20 IC
LB Arm Circles x12 each side IC
Michael Phelps for a bit
Cherry Pickers x8 IC
THA-THANG:
Four cones were set up in a rectangle across the grinder. Each person started at a different cone and did the first exercise there. Then they moved clockwise to the next cone by either bear crawling (shorter side of the rectangle) or doing a defensive slide (longer side of the rectangle). They then did the first exercise at the next cone and so on until they finished the first exercise at all four cones. Each time we completed four exercises, we ran up the troll bridge and did 10 bodybuilders before going back and moving on to the next set of exercises.

Exercises at each cone:
Cone #1

MARY:
We did a little ring of fire holding an Al Gore while each person did a burpee. For round 2 we each did 2 burpees before time ran out.
COUNT-OFF & NAME-O-RAMA
16 PAX Strong today
CIRCLE OF TRUST/BOM:
Matthew 7:13-14 says “Enter by the narrow gate, since the road that leads to destruction is wide and spacious, and many take it, but it is a narrow gate and a hard road that leads to life, and only a few find it.”

I feel like this verse is applicable to anything we do in life. As F3 men, we walk a narrow road each day when we decide to wake up early and workout. We have to strive to take the narrow path in each and everything we do. Comfort and ease are the barriers to happiness and success.
MOLESKIN:

Burpees at the bottom

4 count flutter kicks at the top

Run down to the bottom

CMU SET at the Grinder

x12 each (or as noted) competed sequentially.

Run down path to junction with Alcoa Road

Run back to Grinder and continue AMRAP.  Most completed two rounds.

COUNT-OFF & NAME-O-RAMA
Total of 21 HIMs including 1 FNG (Mitten – Mike Hanlon).  Good to have a couple back at the Bomb Shelter after a break.

April 1974, after touring Alcoa’s TN Operations, I was sitting across from Bill Mueller. He offered me a job prior to my flight back to Beaumont and the last few months of college. He is the reason I moved my wife to East TN two weeks after our marriage. Bill was a good manager. He wasn’t flashy. He was kind. He was giving. He had high expectations. He was a teacher. He had my back. He went before me. He protected me when engineering layoffs came in 1975. I wasn’t one of 7 mechanical engineers let go.
Bill’s personal life was tough. His wife Donna fought brain cancer for several years and the surgeries and radiation left her with significant mental and physical limitations. Bill pulled extra duty raising their three children.  He never complained. He only provided his love, patience, and care. He was devoted to Donna, Jeff, Julie, and Jayne.
Bill gave himself to Habitat in his retirement and has over 100 builds under his belt. His final one was called the Bill Mueller Build. Bill died last Saturday at the age of 91 and was buried yesterday.
I use Bill as an example of someone who has gone before me. Someone who has made my path straighter and less difficult. We all have these kind of people in our lives. Sometimes we realize it. Many times we don’t.  As Cap’n Crunch said after our F3 Convergence, “we all need Paul’s in our life.”  Bill Mueller was one for me.
Today I encourage us all to reflect on the Bill Muellers in our lives and to give thanks. Better yet, if your Bill Mueller is still alive, call him up and let him know just how much he means to you.
MOLESKIN:
Prayers for Daniel, a friend of Flash, as he give the eulogy at a funeral tomorrow.  Prayer for guidance, reconciliation in next steps as one of our HIMs faces the prospect of divorce.
ANNOUNCEMENTS:
Insert information about upcoming events, 2nd or 3rd F opportunities, and any other announcements. 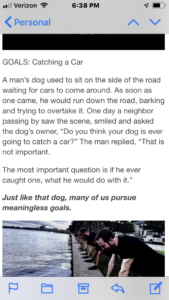 THE SCENE: Warm n dark
F3 WELCOME & DISCLAIMER
WARM-O-RAMA:
Quick one
THA-THANG:
11s with big boys and leg lifts at each light pole. If you passed a bench , do 20 dips

MARY:
COUNT-OFF & NAME-O-RAMA
12 men
CIRCLE OF TRUST/BOM:
Choose the harder thing. When faced with 2 options, pick the one that gets you farther outside your comfort zone and leads to personal growth.
MOLESKIN:

This is a lot harder than it sounds. When you draw a 6 then a face card of hearts back to back. Epic mental struggles abound.
ANNOUNCEMENTS:

10 rounds of sprints up Mt. Butterbilly together
Starting at 10 Burpees at the top with decreasing reps each round. We got in 3 rounds.
MARY:
CMU Thrusters x 20
CMU Flutter kicks 4-ct x 20
COUNT-OFF & NAME-O-RAMA
10 men got better.
CIRCLE OF TRUST/BOM:
KISS – Keep it Simple, Stupid
Sometimes we overcomplicate our lives unneccesarily. I find when things feel out of control complicated, I just need to take it back to basics. Merkins, Squats, Big Boys. When life feels too overcomplicated and I’m stressed out, I go downstairs and hit the pull-up bar, do some merkins or big boys. All of a sudden I can see a little more clearly. Exercise sharpens the mind as well as the body.
MOLESKIN:
ANNOUNCEMENTS:OEW night at Abridged Brewery on May 9 at 6 pm. Some profits are donated. We had a good turnout last year so let’s do it again!